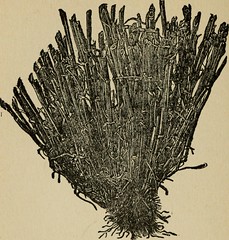 DIY Alarm systems are enjoying an increased presence in the home protection space. A recent forbes.com article said “The home security business is being disrupted” because of the influence of new DIY systems. Why then are people taking home security into their own hands, when it’s traditionally been handled by big alarm companies using installation technicians?

Technological Advances
Many people think of alarm systems as a recent invention, but the truth is that they have been around in some form for over a century. In fact, American District Telegraph (the number one alarm company in North America, more commonly known as ADT) was founded in 1874! Early alarm systems were rudimentary, and evolved into complicated hardwired contraptions. Hardwired systems became the standard for home alarm systems, but the issue was that they were incredibly expensive, complicated and could require a lot of maintenance.

Complicated hardwired systems limited consumers, because they were at the mercy of alarm companies who would charge a large premium for the equipment and complicated installation. This also meant major geographical restrictions, as alarm systems could only be installed in larger cities that alarm technicians could travel to quickly. This led to the creation of easier to install wireless systems. Early wireless systems caused customers concern because wireless alarm technology was in its infancy. As wireless consumer products evolved, however, so did consumer confidence in their reliability. A 2014 Financial Post report showed that consumer confidence in wireless products grew so rapidly that 60% of Canadians under the age of 35 no longer have a landline home telephone, opting for wireless only service. With more reliable service in place, the technological revolution of home alarm systems exploded. This meant that anybody anywhere can have a home alarm system. This also meant that having an alarm technician come to your home was no longer mandatory.

The Best Upgrades
Wireless home alarm technology led the way to a lot of advancements in how alarm systems could be installed not only where geographic limitations existed, but also in areas of the home that previously weren’t possible. This means that equipment such as video doorbells, which would have at one point seemed like science fiction, were no easy to install and added more protection that ever possible with a hardwired system. Hardwired systems were also susceptible to tampering, as they often relied on a phone line outside of the home which could be cut without ever going inside. Newer alarm systems could escape the tethering of phone lines and run through more reliable GSM networks. The most important influence on DIY home alarm systems, however, comes from the ubiquitous nature of smartphones.

Smartphones, Remote Access and Automation
Statistics show that in 2014, 66% of Canadians owned smartphones, with that number on the steady increase. The increase in smartphone usage has led to unprecedented integration of the devices with alarm systems. Alarm systems could now be installed and tested with the assistance of a mobile app, and a person’s system could be armed and disarmed from virtually anywhere in the world. Most DIY systems also give the option of being fully monitored, which means they provide the same level of protection as traditional alarm systems, but with far more advanced features. With the rise in home automation capabilities, customers can also have devices such as smart thermostats which can potentially save hundreds of dollars in home energy costs.

No Waiting, Increased Savings
Since traditional alarm systems all required a technician to come to your home, it often meant having to take time off work and hoping that the installer would in fact show up. On average, a customer will save a few hundred dollars on a DIY installation, and can self install a full system in about an hour. With the technological advantages, potential savings and increased flexibility of not having to wait for a technician, DIY systems are going to continue to gain traction in the market. The entire home alarm system will either adapt, or feel the effects of the disruption.